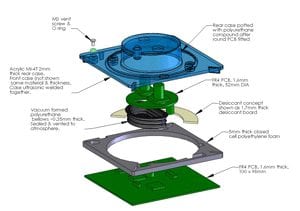 Brookes & Gatehouse had a warranty recall problem on a range of marine instrument products designed with the same enclosure concept. The instruments all functioned correctly but after 6 months of service, would gather condensation on the screen inside face. In some cases, the condensation appeared as though the instrument was leaking. We were brought in to investigate and find a solution.

All units had a micro-porous vent for air pressure relief and to prevent water ingress. It was found that while the vent stopped water ingress and vented air pressure differences, it allowed moisture laden air into the unit. Moisture within the air would condense inside the unit when a dewpoint was reached with either a rising or falling temperature. This cycle acted like a one-way pump accumulating condensation inside the instrument faster than it could naturally evaporate out.

Two quite different solutions came from some lateral thought. 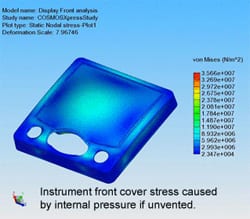 One was to fill the instrument with perflourocarbon liquid. A strange material that is inert and has a high affinity for oxygen. Bizarrely, it could eventually be used for liquid breathing in deep-sea diving, has been used for lung injury/fluid treatment and is used for electronic equipment cooling such as super computers. Its electrical inertness allowed the instrument case to be completely filled. An expansion bladder was fitted inside as the liquid has a high coefficient of expansion and would burst the case under extreme hydraulic pressure due to temperature change. While it was demonstrated that this would work with a high boiling point perflourocarbon liquid, the cost per unit was too high. It also made the instrument unacceptably heavy. One beneficial side effect was a dramatic improvement in the display screen contrast.

The final solution came from some lateral thought and an understanding of the gas laws. The secret was to stop the moisture laden air getting into the unit and still allow pressure to equalise. If a bladder in the form of a sealed bellows vented to atmosphere were placed inside the unit, this could be a solution. A bellows has a natural return spring built into it and will recover after being compressed. The bellows volume had to be equal or greater than the instrument internal air volume expansion at the worst case temperature and atmospheric pressure. Further, if the internal volume were packed to minimise free air space and the bellows were inside, a bellows could relatively easily be designed to fit. A ‘D’ shaped bellows design was found to fit in with the current instrument design. We worked with a bellows specialist to find the best material and production method. Minor instrument modifications were required. All internal materials were analysed for their hygroscopic nature and changed or dried before final assembly. As a precaution, a desiccant type was selected, amount calculated and fitted during final assembly. 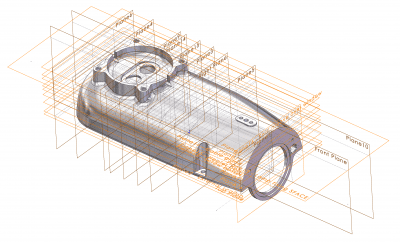 Give us a call or send us a message to find out more about our services or to discuss your project.